Driving along the pass way that lead up to the barn, Eve looks towards Tori for a moment before getting out. "This way.."She spoke calmly, heading for the barn door, expecting the woman to follow. Biting on her lower lip, she began to put up watch the weaving to see how much she can tell the woman, if any at all. Once inside, she heads for the door, leading to the area containing her son. "This way."She spoke back towards her, before heading inside.

Tori followed, preparing to put this woman down. She was steeling herself to see another child being abused. She'd prepare emotionally so when the work needed done, she could get the baby to safety..

She'd watch for guards and exits, looking for the best egress when the time came. She said nothing. 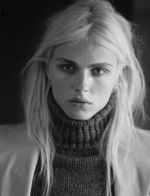 The passage way, was rather simple in design, The pair entered a nondecript barn and then found way to a door, something akin a tool closet. Opening the door, they were whisked forward bodily into a vast room with swirling walls, frolicking elementals, and a child.

Brown haired, green eyed, and fair skinned; He seemed to be about ten years old or so. Clothed in homespun pants and tunic, He was standing in some sort of martial stance looking at another man who was here with him. "I'm ready!" He says to him. The child's face was stern and ready.

"Patience. An attack can come at any time and from anywhere." Clothed in cerulean robes, this gentleman was distinctly of Japanese ancestry. With an open palm he struck at the child aiming for his midsection. Rolling his body away, he dodges the attack and prepares for another. However, seeing his mother stops and bows. "Can I go see mommy?" he says with a smile on his face all of the adult like seriousness melting away.

"We will continue later then." The man in robes looks to the pair and waves though keeping an eye on Tori.

The child runs to his mother. "Hi!"

Seeing her child, warm smile crosses her lips as she picks her son up in her arms. "You are doing really well for your age sweetie."she kisses his cheek, though the look in her eyes shows she is worried that something might happen one day. "So I have some good news, when I went to pray to mother, I ask her for help. She told me, I can use the after birth to bind you to it, so you can leave this place without sucking it in with you." She looks towards Taito. "How is he doing today? Sorry I had to leave early, Beovyn asked me to do some shopping.

It takes Tori a full minute or so to register her surroundings. When she did, she whispered "What....the... holy... fuck?"

Taito, straightens. "It's quite alright, I owe the two of you a debt for freeing me...twice. He has been well behaved. He just needs to learn how to finish an exercise regardless of distractions." Even though he was talking to Evelyn, he kept an eye on Tori.

She nods before looking towards her son. "Distractions huh...Like these?"she begins to tickle his sides playfully. "I cannot believe how quickly you've grown."

Tori looks around for a baby. Not seeing one, she looks eyes with Taito. "What?" she asks defensively.

The child giggles as it squirms. "It seems you have yet to master controlling your self." Taito smiled. When Tori questioned his gaze he turned directly to her. "You, question me, when you are the unknown?"

"Oh Taito, this is Tori, shes the one I've taken shopping today. She wanted to see my son." She turns towards Tori. "Tori, this is Taito, he stays here to watch my son when I cannot for the day. Hes been teaching him, how to defend himself." She smiles warmly "and this will be my child, Logan."

She looks from the guy, to the kid, to Evie... waiting for an explanation.

"Hi To--" The child looks at her for a moment and a calm comes over his face. "Like islands in the sea, separate on the surface but connected in the deep.” He takes a good stare at her, shrugs, and runs off to find something. "I'll be right back mommy."

Her eyebrow arches when he jumped out of her arms, and runs off. "Where are you going?" she calls after him, before shaking her head. "That will be the son I told you about." she looks towards her, not saying any more.

Her eyes go wide as he mentions connected Islands. She looks back at Evie. "What did you tell him about me?"

Eve looks at her with confusion on her face. "What do you mean? I just met you today. Even then, Beovyn did not give me any description on you, but asking me to take someone shopping." Shrugs.

She looks over to the kid, watching him closely but talking to Evie. "So are you just going to ignore the fact that your baby is like about to start shaving? Or is that something that everyone's supposed to just pretend isn't a thing."

"Hes 3 months old, I just had him 3 months ago. But his brain, and body grows every 2 weeks. Hes already smart for his age. Which is strange for a baby who hasn't even hit one years old." She shakes her head. "Almost everyone knows about him, but the problem is. If I try and take him out of here...Well lets just say a problem will occur."

She waits for the something bad story.

She waits for her son to come back. "So why did you want to see him? You did not seem interested earlier."

"You said you kept your baby locked up...I shouldn't have to explain why that set off my hell-to-the-no alarm. Or are all you formal cabal-type people so far detached from reality that you might hear that and not think a crime was being committed?"

She sighs now understanding everything. "Oh...Sorry, to me it feels like that considering both he and I want to be able to take him out of here. But under current situations we are stuck until we find an object to bind him to it." She shakes her head. "Sorry about that. But yes, I see were you are coming from. But no, I would never lock my child up, let alone leave him here without protection, and someone to watch him. Taito, was kind enough to stay in here to make sure he is okay. Because Taito is a master at Martial Arts, I believe my son ask him to train him on it. Which is what you walked into."She smiles "so no, I would never do child abuse on him."

She turns to head out of the room.