Though it was not unusual for the Hermetic to stay inside his home for weeks at a time, already he was drawn outside again. More potent defenses hovered invisible to mortal eyes, patterns of mystic artwork tethered to his being. After being attacked he would not take chances outside, traveling alone. The sun was low in the sky, and twilight began its march from the far horizon, driven from the rear by stars that remained unseen.

Over his shoulder was slung a camping chair in bag, one that was soon unfolded once Dorian found a suitable gap in the trees to examine the heavens above. Though it was just a bit early so he sat, watching the forest around and waiting until the time was right. 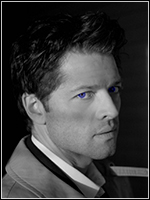